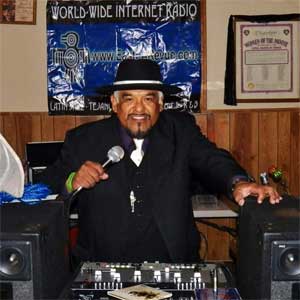 Frank Arzaga Sr., aka Frankie Firme, grew up as a lowrider in Los Angeles and the San Gabriel Valley, California during the 1960’s, served with the U.S. Marines in 1970’s, served with U.S. Army National Guard in the late 1980’s-early 1990’s, worked as a stage and night club security guard, club and mobile DJ while attending college, and worked a 40-year career as a Mental Health Nurse while enjoying music, dancing, and concerts before retiring in 2017.

Frankie became the first Chicano Internet Radio DJ on the West Coast in 1999 and began writing for the popular Latino Web Magazine LatinoLA.com since 2001. He continues broadcasting Oldies but Goodies radio shows on the East L.A. Revue Radio since 2007, and recently began a syndicated show on the popular East Coast Internet Radio network RememberThenRadio.com. “Bringing it back, and keeping it alive, like nobody else can…coast to coast and around the World” has been his mantra since he first became Frankie Firme.