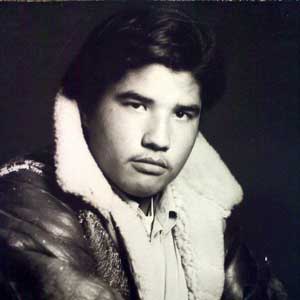 Welcome to the Great American Song Book and I am your host Howard M. Ng aka “El Chino”. I was born of Chinese & Native American/Mexican parents in East Los Angeles. I attended Roosevelt High and received my AA from East Los Angeles Jr College. I have previously worked as a chaperone and door man at The Mardi Gras, Club Virginias and for the Playboy Corporation.

I was interested in music at an early age with all the great music played in our household. I played in the local community and high school musical groups. I was influenced by friends, Robert & Chico Manqueros, to start my own show “The Great American Song Book” here on East LA Revue Internet Radio. I have been here since 2008. My shows feature music of all genres including American Standards and Jazz, Classical, Latin Jazz, Oldies, Blues, Rancheras and more. I produce a new show every week. You will experience 52 shows per year. I hope you will enjoy the music I have selected as much as I enjoy playing it for you.